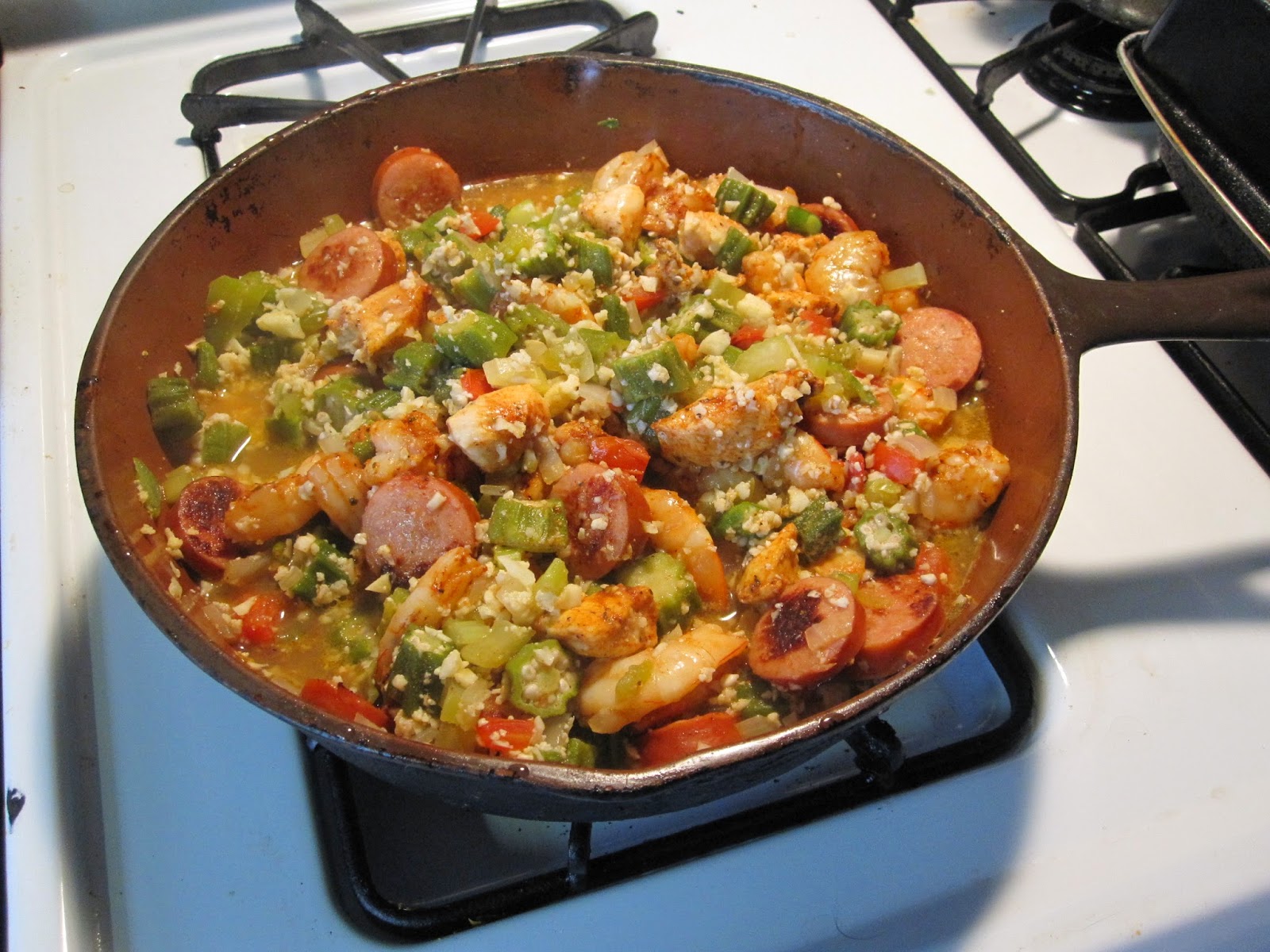 OK, how can it be both gumbo and jambalaya? Simple: since gumbo derives its name from ngumbo, the Bantu word for okra, simply add okra to your jambalaya. Voila! (Which I pronounce VOY-la.)

I started with Emeril Lagasse’s recipe for Cajun jambalaya (which can be easily found via your favorite internet search) but I tend to use a bit more meat than he does and of course, to make it Paleo I use cauliflower rice rather than the grain. I also prefer Pickapeppa Sauce to the Worcestershire that he uses.

I was surprised to see that my Cajun blackening spice mixture contained the same ingredients as his “Bayou Blast” seasonings, just in different proportions. I’ve appended mine.

Directions
In a bowl combine shrimp, chicken and Cajun seasoning, work in seasoning well and set aside.

In a large saucepan, brown the Andouille on both sides, remove from pan and set aside. This step isn't really necessary, I just prefer my sausage browned.

Heat oil in the pan over high heat with onion, pepper and celery (the “Holy Trinity” of Cajun cooking) for about 3 minutes. Add garlic, tomatoes, bay leaves, Pickapeppa Sauce, hot sauce, and salt & pepper/Pepperman. Stir in cauliflower and broth. Reduce heat to medium, cook about ten minutes, stirring occasionally, then add the okra. Continue cooking and stirring occasionally until cauliflower becomes tender, another 5 or 10 minutes.

Add the shrimp/chicken mixture and the sausage. Cook until meat is done, about 10-15 minutes more.
Posted by Joseph at 4:10 PM No comments: