We've enjoyed Thanksgiving dinner with our family for years. Our dear friend Roberta does the bulk of the cooking – turkey and all the trimmings – and a fine job she does of it too! That one time each year we indulge in a bit of traditional bread stuffing.  But since going Paleo I've been looking for a substitute for bread-based turkey stuffing for the times I decide to roast a bird myself.

I knew I wanted a sausage-based stuffing with a taste similar to the traditional, but I scoured the Internet and came up pretty much empty – either it involved bread or it was something else entirely. I’ve been totally unimpressed with non-wheat/gluten free breads, so I decided to wing it and make my own using cauliflower as a base.

One thing I remember from my mom’s stuffing is that she always boiled the neck & giblets with onion and celery as a flavoring/moistening agent, so that’s where I started.

Boil the celery, onion, neck & giblets in a small pan with just enough water to cover. Simmer until the meat is falling off the neck.

Strain and pour liquid into a medium size pot, setting aside the solids.

Add cauliflower florets to liquid and steam until cauliflower is soft. While steaming, strip meat from the turkey neck and add to cauliflower along with the onions and celery. When soft, mash like potatoes.

Fry the sausage until brown. If desired, chop up the giblets and add those too, otherwise nibble on them while you cook, feed them to your cat, whatever. Once meat is browned, drain off the grease and add the meat to the cauliflower along with the herbs and mix well. Either use it to stuff the bird or keep warm until ready to serve: I did the latter.

I'm still getting used to the idiosyncrasies of making gravy with arrowroot instead of wheat flour - it tends to be a little gooey - but it tasted just fine! 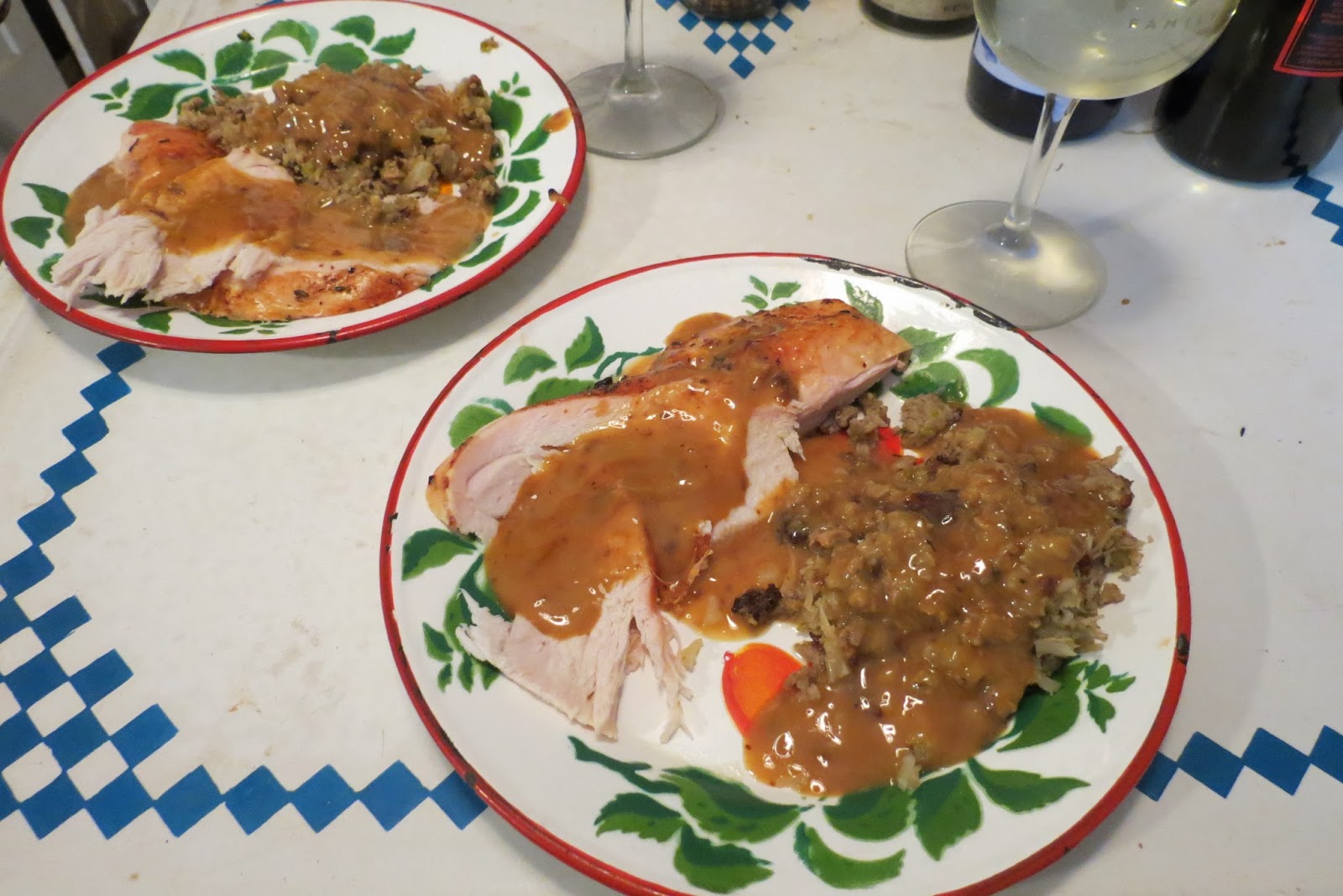 *Note: I didn’t actually use two stalks of celery – I grabbed the whole bunch and chopped a bit of waste off the top, then chopped from the top, leaves included, until I had about two stalks worth.

Posted by Joseph at 3:22 PM No comments: